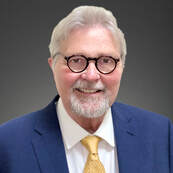 Ben has represented both acquiring and acquired companies in negotiations to transfer intellectual property assets. He has helped a variety of companies establish trade secret policies and employee policies, including confidentiality and noncompete agreements.

Prior to joining IPC, Ben was a partner at Jones, Walker, Waechter, Poitevent, Carrere & Denegre, L.L.P., where he practiced for nearly twenty years.